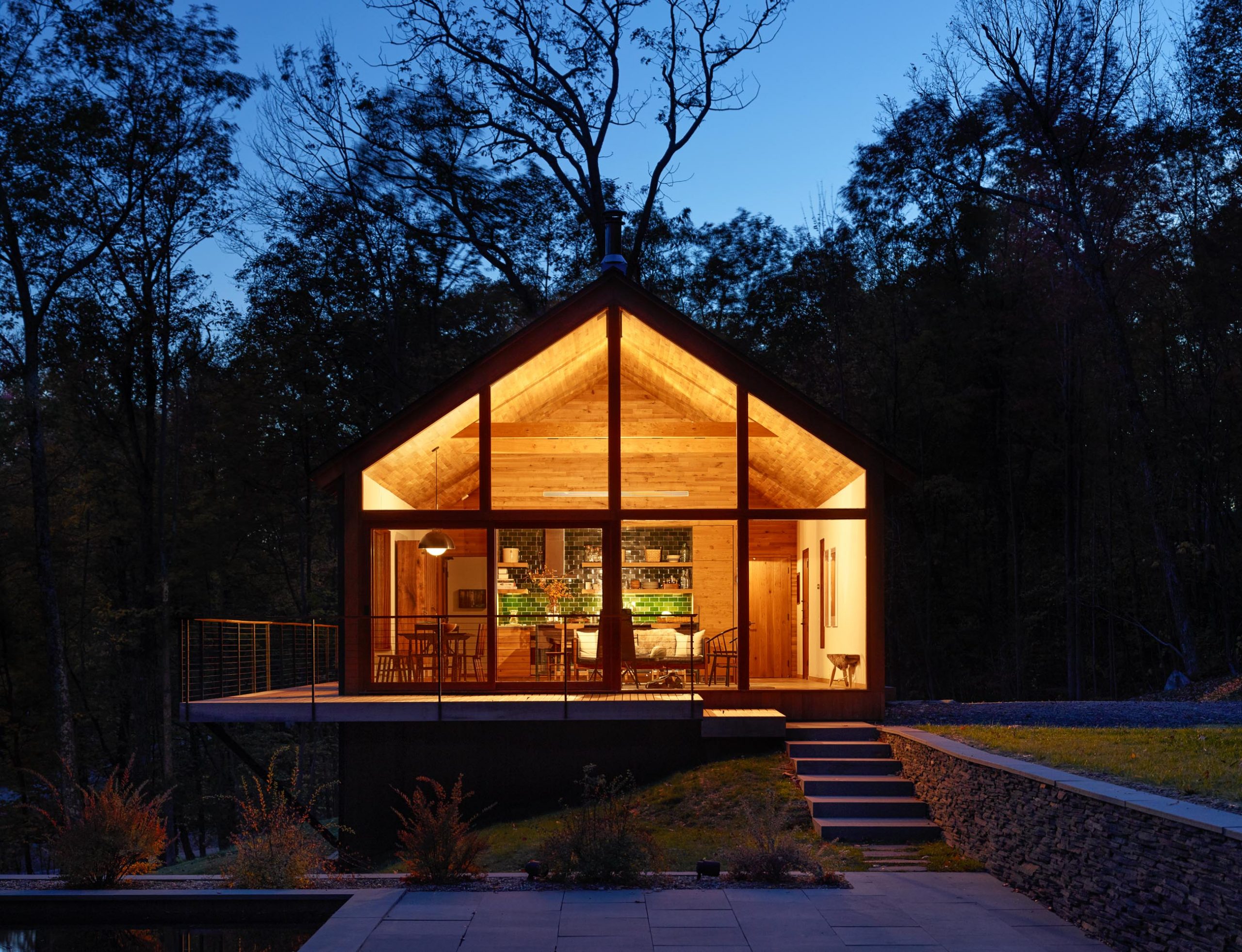 The Gift of Crisis

The challenges of the COVID-19 pandemic have brought me back to the last time I experienced something seismic like this: the 2008 financial crisis. It was frightening, it tested me, and ultimately it made me and my work better. Fear, uncertainty, and a kind of creative energy all seem to go together in times like these.

Crises do not necessarily beget opportunities; they often leave destruction in their wake. But having experienced and learned from at least one crisis, I believe that the force of their potential destructive power can be something else: a gift, albeit one that arrives disguised as a calamity.

In the years that followed the 2008 crisis, I experienced professional and financial adversity from which I feared I would never recover. Our English word “crisis” comes from the Greek krisis for “the decisive point in the progress of a disease.” It doesn’t suggest that the outcome will be good or bad, it simply indicates that something has been transformed. There’s no leapfrogging past anything, and things won’t go back to the way they were before. Crises do not necessarily beget opportunities; they often leave destruction in their wake. But having experienced and learned from at least one crisis, I believe that the force of their potential destructive power can be something else: a gift, albeit one that arrives disguised as a calamity.

I first opened my office in New York in 2003, and over the course of several years I had been able to hire a small team of architects. We were taking on challenging projects, doing good work, and carving out a niche in our field. When the financial crisis hit in September 2008, our firm was still in the midst of working on several projects, and because these lasted for months after the initial market crash, the true toll of the crisis on my practice didn’t become evident until the next year or two. Business slowed, and slowed some more, and after months of hoping things would pick up again, one by one, I had to let my staff go in order to keep the lights on. The timing could not have been worse: my wife and I had a toddler, and we’d bought an apartment in 2008, right before the crash. I began to worry not only that I wouldn’t be able to hire any team members again, but that I could barely pay our mortgage. Increasingly worried, my wife suggested, then insisted, that I fold my office altogether and apply for a job. At least then we’d have income and some hope of upward trajectory.

The kind of disappointment that loomed as I contemplated this path—shuttering the office I’d worked so hard to build—was just as intense as the anxiety I felt as the prospect of not being able to support my family became shockingly real. With five years of work behind us, our firm had just been getting its sea legs when the crisis hit. Would I ever get that momentum back? I had stumbled upon my crisis pivot point. Finding a full-time job at a big architecture firm was one possible path. The other path involved taking a risk that would have seemed inconceivable to me just a few years before. I thought back to a series of development projects I’d done in the early 2000s in New Orleans, renovating and adding onto historic shotgun houses to give them more space and light. It hadn’t cost all that much, and the results had been creatively satisfying. I had been my own boss, risk, reward, and all. In 2009 and ‘10 in the wake of the crash, it was still very difficult to get bank loans, and with virtually no income, I was not a prime candidate. But a development deal would change my direction: I would have a project with long-term potential, that could beget other work, and would be the product of my vision and design. My options were limited to one: I could borrow money from my family. Unlike the banks, they said yes.

They did this knowing that they might never see that money again, and at the time, this wasn’t an unreasonable fear. I had never organized a development of the size I had in mind. I had no experience bringing outside investors into a project. I also had no shame in asking for help, because I really needed it. I sought the advice of a friend with extensive real estate development experience, and asked him to be my sounding board. I had never assembled an investor pitch deck, navigated insurance for a project like this, or structured a business entity like this one. I had a piece of entitled land in mind that had already been subdivided, perfect for the development of 26 turn-key weekend residences I envisioned. To get investors interested, I needed to show them the land, which, back then, had no structures on it. It was nerve-wracking. I had put up some of my own (borrowed) money in the belief that if I were to ask others to invest, I’d need to have skin in the game too. I drove potential investors up from New York City to see the land in all sorts of conditions. The area was remote, and on one occasion, umbrellas in tow, there was torrential rain so severe that it was frightening to drive in. That combined with the lack of a convenient restroom, and by the time we got to the property, everyone was in a bad mood. Those potential investors declined.

I talked to more than fifty people all told, driving nearly twenty of these up to the property and back, and in the end, seven investors decided to take a chance with me on the project that eventually became Hudson Woods.

I talked to more than fifty people all told, driving nearly twenty of these up to the property and back, and in the end, seven investors decided to take a chance with me on the project that eventually became Hudson Woods. Each investor bought a percentage of the project, which meant that in the worst case scenario, they’d each own a parcel of land, if nothing else. And even after the investors were on board, the next phase wasn’t easy. Though it’s currently a vibrant region, the area was sleepy a decade ago, and brokers both upstate and in New York City thought I was crazy. But there are aspects of Hudson Woods that initially seemed like disadvantages which later turned out to be benefits. Because I couldn’t borrow from a traditional lender, I ended up doing the project without debt. And because the region was overlooked back then, I ended up investing wisely in an area that’s now flourishing.

I put together the investor deck in 2011-12, and started talking to investors in 2013. By 2014 the economy had started to bounce back, and I was getting new projects lined up. I was able to hire colleagues again, and once again had a team of three architects working with me. Once I had made up my mind to forge ahead with Hudson Woods, there was no going back. I couldn’t fail, because I had everything to lose. It sounds terrifying. (It was terrifying.) But it was also freeing, because obstacles and pitfalls that might otherwise have steered me away, or back onto a “safer” path in ordinary times, didn’t deter me. Working on the project gave me momentum and a path forward during a time when things seemed to have stalled. Once the economic recovery was in full swing, I was already moving ahead.

The Greek roots of “crisis” suggest that whatever happens, a decisive point has been reached, and there’s no going back. In its original medical context it means that the patient got well, or they got worse; in either case, they weren’t the same. Crises have this effect on all of us, no matter the situation: we’re never exactly who we were before once we get to the other side. The lack of clarity about what will happen in the end is frightening. A crisis gives you permission to take a risk you might otherwise shy away from by pulling the rug out from under you. If you had no safety net and couldn’t afford to fail, what would you do?

I was given the gift—though it didn’t feel like one at the time—of learning that I was in charge of the direction my path would take.

What I cared about most in the development of Hudson Woods, more than the money, was the promise of creating something that would propel my architectural practice forward for years to come. Hudson Woods has done that, more than I could have imagined a decade ago. I’ll never know what might have happened had I made a different choice. I was given the gift—though it didn’t feel like one at the time—of learning that I was in charge of the direction my path would take.

Following the success of Hudson Woods, I was inspired to develop something else: Brick & Wonder. My journey from architect-in-crisis to accomplished developer wasn’t mine alone; it was only possible because I had friends and colleagues whom I could trust, ask for advice, and ultimately partner with in a project larger than any I could have undertaken solo.

The worlds of real estate development, architecture and design aren’t silos: projects great and small only happen when professionals with shared values work together. So instead of building something in 3D, this time I went virtual and in 2018 created a network where professionals in our allied fields could connect with one another and work together. Real estate investors, lenders, photographers, lighting designers, contractors, architects, engineers, storytellers and material suppliers, all of whom adhere to a high standard of work and professionalism, we’re now able to develop relationships with each other through the Brick & Wonder community and our events throughout the year. The network offered regular roundtables, tours and workshops for our members to offer them new ideas and new connections. Back when the idea for Brick & Wonder was just getting off the ground, I could not have predicted there would be a time in the not-too-distant future where in-person meetings would become impossible, and virtual connections would become our new normal, at least for a while.

During the pandemic, Brick & Wonder has continued offering ways for our community to connect online, talking through the business challenges of this moment, and helping support one another in the pursuit of creative solutions.

We can’t know what the future holds, and though the longing to go “back to normal” is understandable, the one thing we know for sure is that there’s no going back from a crisis. Things will change, and if we emerge from this stronger, it will be because we worked through it together.