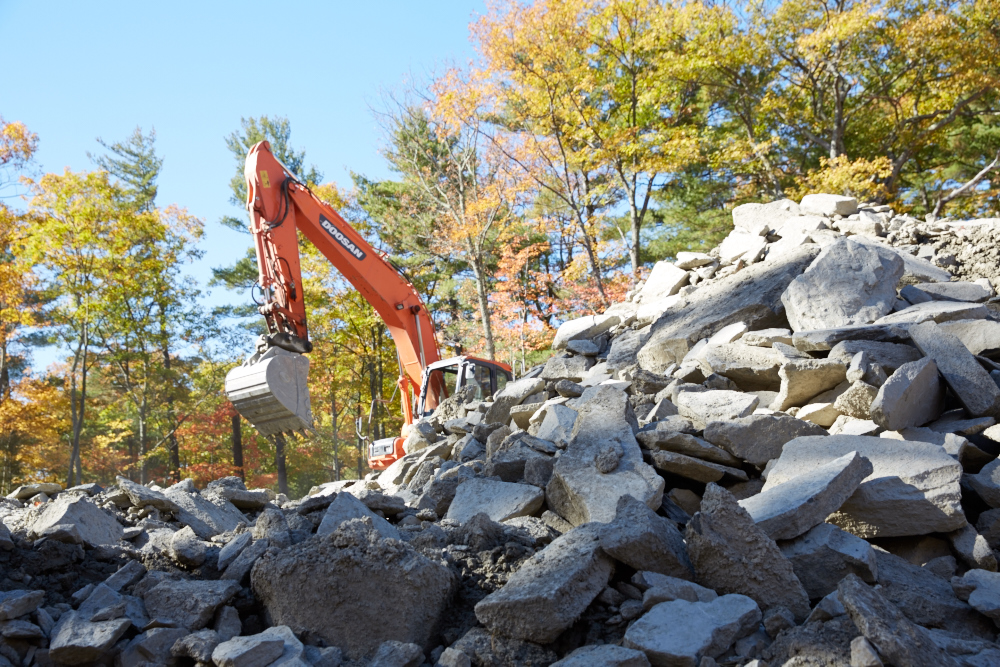 What stands in the way becomes the way

I wasn’t in much of a cheerful mood as I entered the bustling fairgrounds of the Dutchess County Fair. As I walked beneath the flashing colored lights of the Ferris Wheel, among scurrying children with cotton-candy sticky fingers, my mind was somewhere else. It was back at the construction site of my first large development project, a project that was currently stalled and on the brink of failure. Not one home had been built, the land was torn up, and I was getting incessant phone calls from someone demanding money. As the phone in my pocket vibrated, I contemplated my options. I had to either give up and fold the project or find a way through my current predicament. As I squeezed my way through the crowds at the fair, I didn’t realize I was headed straight toward a solution.

Hudson Woods was my first large-scale project as a developer and architect. Going in, I knew there would be significant risks. However, instead of letting fear and doubt stop me, I did my best to plan for any possible pitfalls. Of course, you can never foresee every problem. One obstacle that cropped up early on was establishing a budget for the site work. The development site was a large piece of wooded land in upstate New York, over 130 acres. There was a lot of work to be done.

For months, I collected estimates that varied wildly in range. I don’t mean that they differed by a few thousands of dollars, but hundreds of thousands of dollars. After much time deliberating, it was clear that I wouldn’t be able to make a decision based on a number. Instead, I’d have to go with my gut and choose a partner who I felt would be transparent and collaborative as we worked through the project together. Not nailing down an accurate budget before digging into the ground was a gamble, but for the sake of getting the project started, I decided to take the risk. I had to make a decision in order to move forward. I hired someone for the site work and excavation began. My dream for Hudson Woods was closer to becoming a reality.

The excitement and optimism I had at the start of the project soon turned sour. I started getting frequent and urgent calls from someone I didn’t know, asking me for money. The calls were coming from an equipment company that had apparently leased the very large (and what I came to learn was very expensive) equipment now sitting on my partially excavated construction site. I was shocked to find out, from the aggressive collector on the phone, that I owed them months of rental fees which had been accumulating since the site work began.

The person I hired and trusted to do the site work had deceived me. I wasn’t made aware that it would be my responsibility to cover the rental cost of the equipment. I was operating under the guise of having to pay only for the labor. This surprise rental cost, which was never disclosed upfront, now put the entire project in jeopardy. Not only was I worried about how this debt would be paid, but I was also hurt. I placed my faith in this person and trusted we were working towards a shared goal. I was now questioning my ability to see this project through to the end, and my personal judgment.

The calls wouldn’t stop. I crunched the numbers. At the rate we were going, the whole project would sink before we even laid a single foundation. I was forced to shut everything down. I knew I needed to take action in order to save the project, even if that meant temporarily giving it up.

I visited the Dutchess County Fair hoping to distract myself for a bit. As I strolled through the crowds, I saw an area where local businesses had set up booths. An image of earth-moving equipment caught my eye. I struck up a conversation with the friendly man behind the table. As we talked, I learned that his company owned and leased the very type of equipment that was now sitting idly at the Hudson Woods site. The company had been in his family for multiple generations, and they were local – two good qualities in my opinion. I weighed my options: Do I stall the project longer and conduct a search for a new site work contract? Do I give up on the project entirely? Or, do I take a chance once again and hire this new friend from the county fair? The whole project hinged on this decision.

I walked out of the Dutchess County Fair much happier than when I had walked in. I believed I had found a solution to the problem that was threatening my entire project. Armed now with the knowledge I learned from my first mistake, I made the decision to hire the man I met at the fair. The serendipitous fairground meeting was the first of many long conversations we had to establish a relationship. I wasn’t going to be blind-sided again.

We continued to converse and learn more about each other in the following days. As opposed to the first contractor I hired, this man was personable and playful and showed a genuine passion for the work his family had done for generations. He embraced the guiding values of the Hudson Woods project, holistic and connected design that enhanced the natural landscape. I trusted that we would have a transparent and mutually beneficial partnership.

After a long delay, the project was able to resume with a new site work contract. Hudson Woods was finally on more solid ground. As I had hoped, the new company I found at the fair was able to successfully complete the remainder of the site work within the budget they initially estimated. I was forced to fire the first person I hired and had to block his phone number. After much back and forth, I was finally able to get the original earthmoving equipment off the site and get the calls from the leasing company to mercifully stop.

Though everything worked out in the end, I was truly shaken by this experience. All of my dreams for Hudson Woods, and all of the work that went into making the development a reality, were nearly dashed by this deception. Would I have started the project had I known I’d be faced with such a perilous situation? Sure I can say I’ve learned from my mistake, but was the knowledge gained worth the stress and fear of going through that ordeal? It’s hard to evaluate the true risk of any new venture, so how do we know if it’s worth the leap? Throughout the process of creating Hudson Woods, there were many obstacles, though thankfully none as dire as my sitework challenge. In a way, each obstacle moved the project forward. Rather than acting as a roadblock, the challenges that came up often led to new relationships, and new solutions we may not have considered had we not been faced with a particular problem. I never would have thought that a county fair would be the place I’d find an excavation company. At the precipice of failure, we have to make choices, and often what stands in the way becomes the way. [1]

[1] “What stands in the way becomes the way” is attributed to Roman emperor and stoic philosopher Marcus Aurelius.