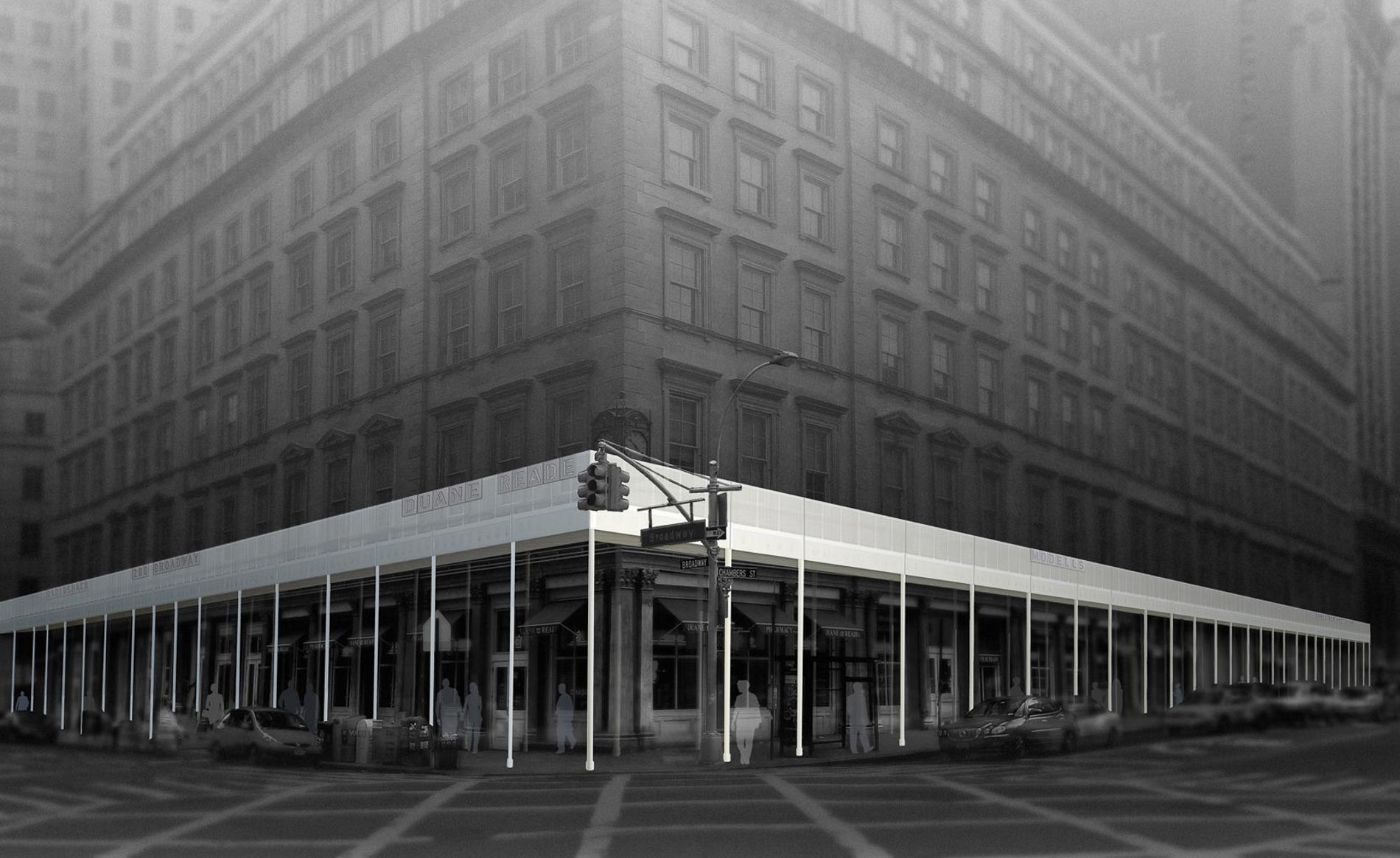 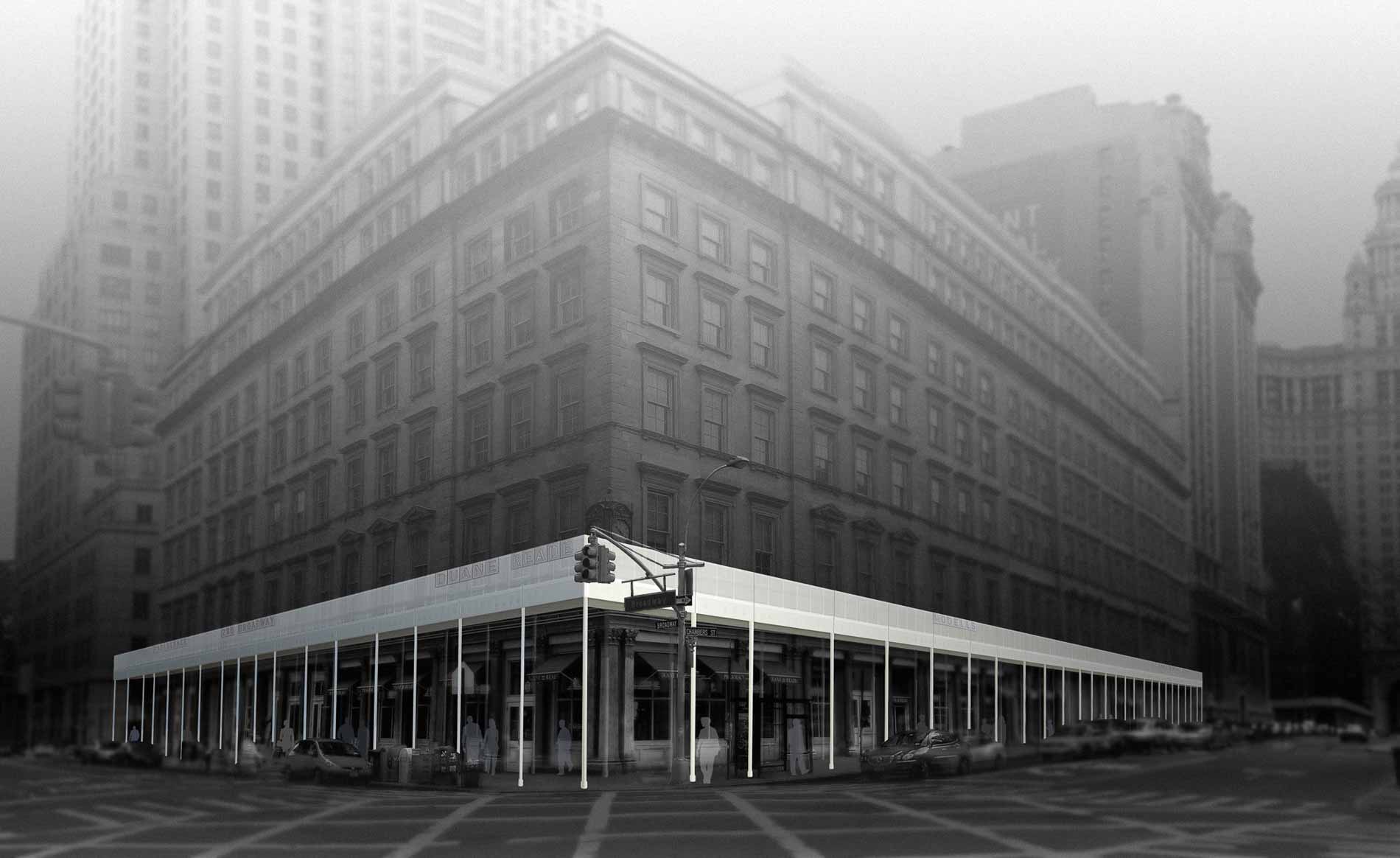 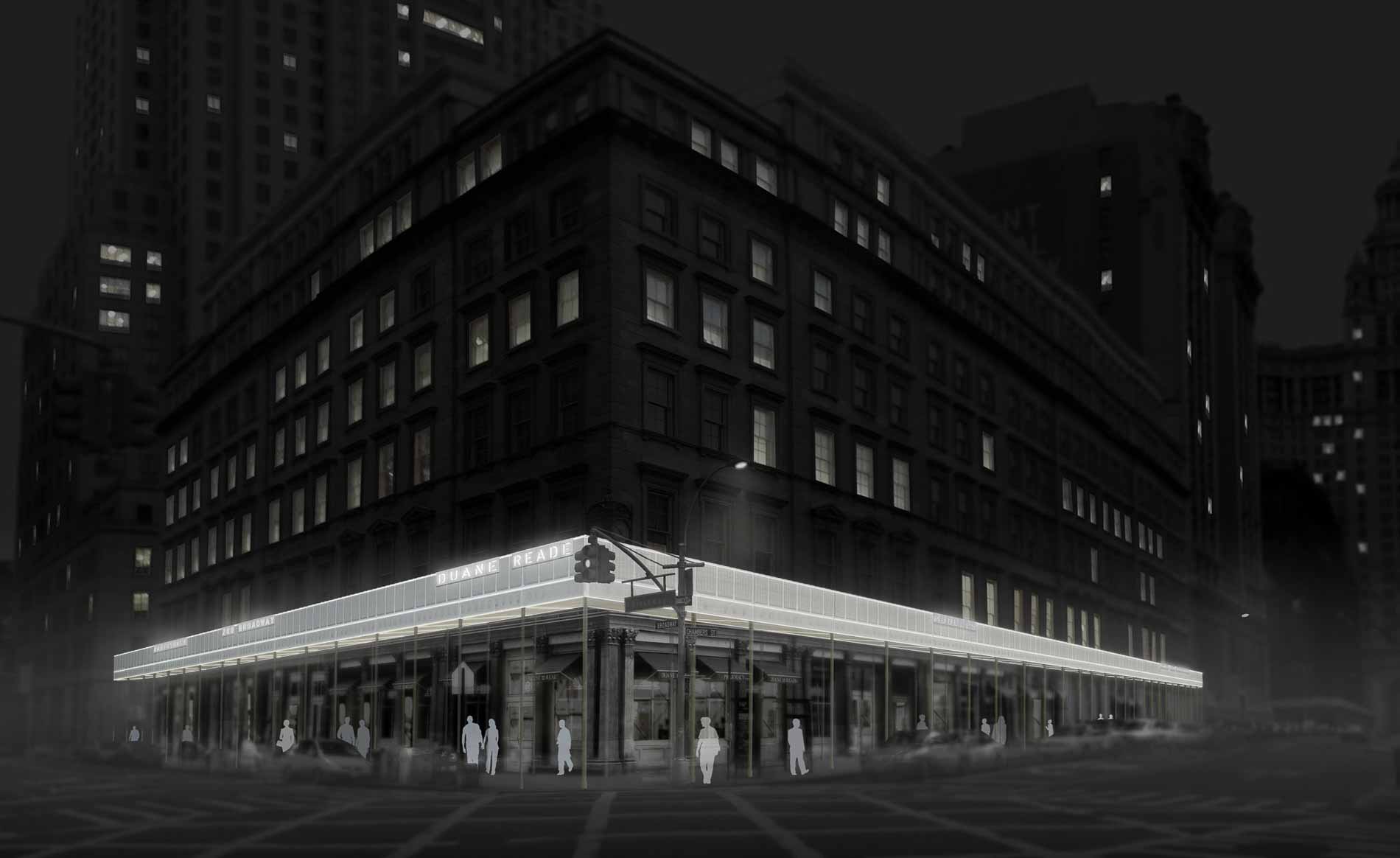 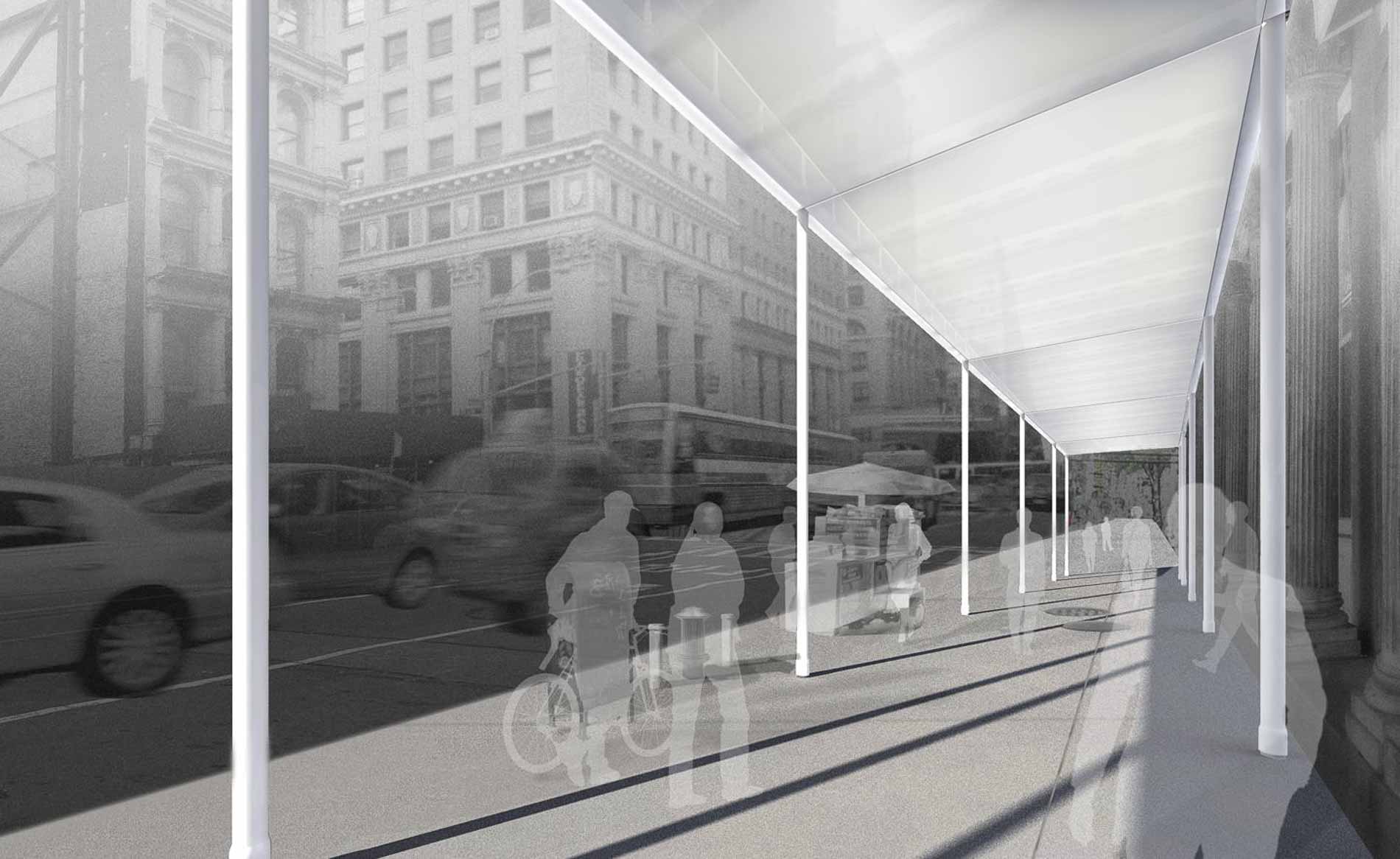 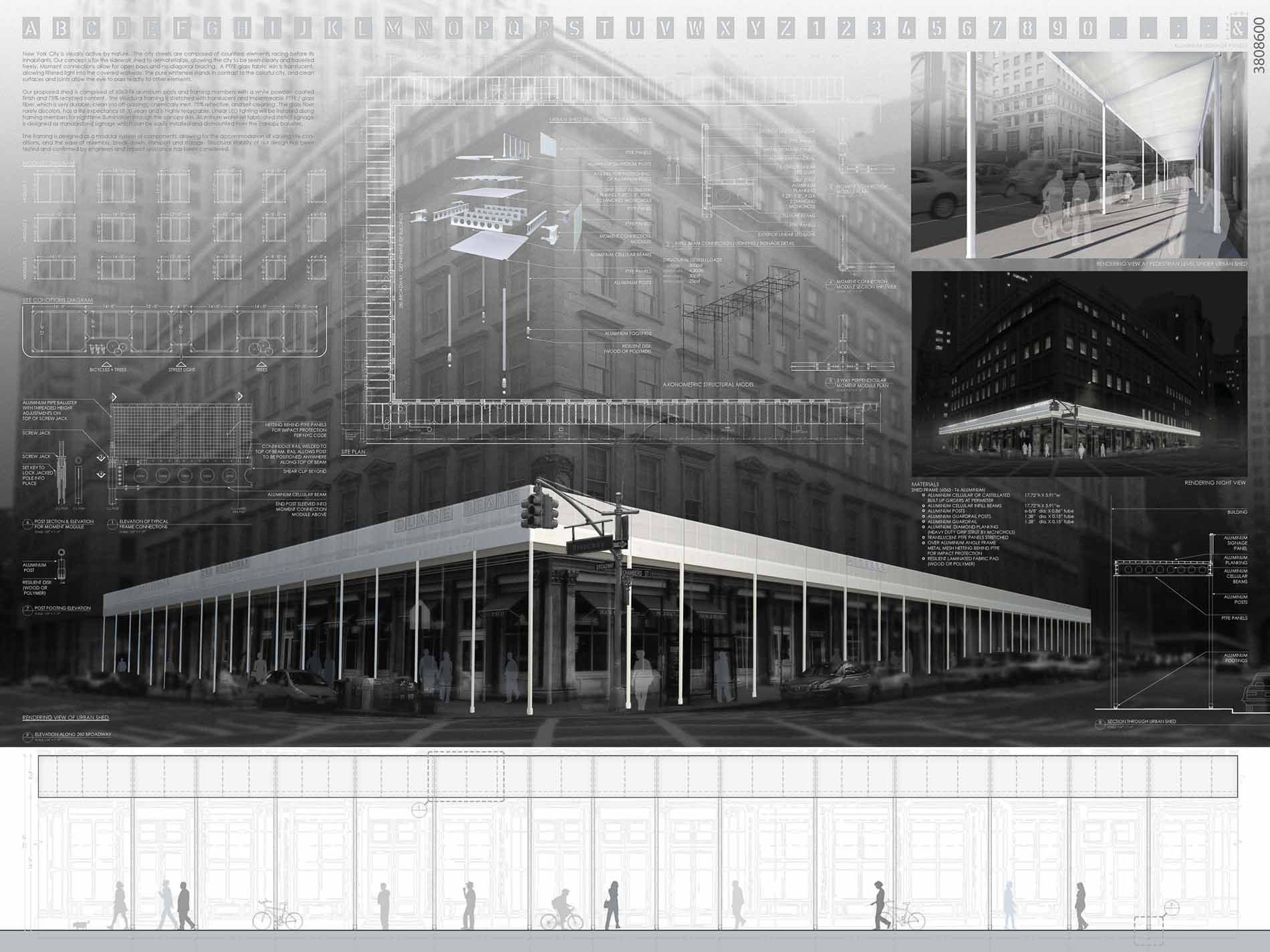 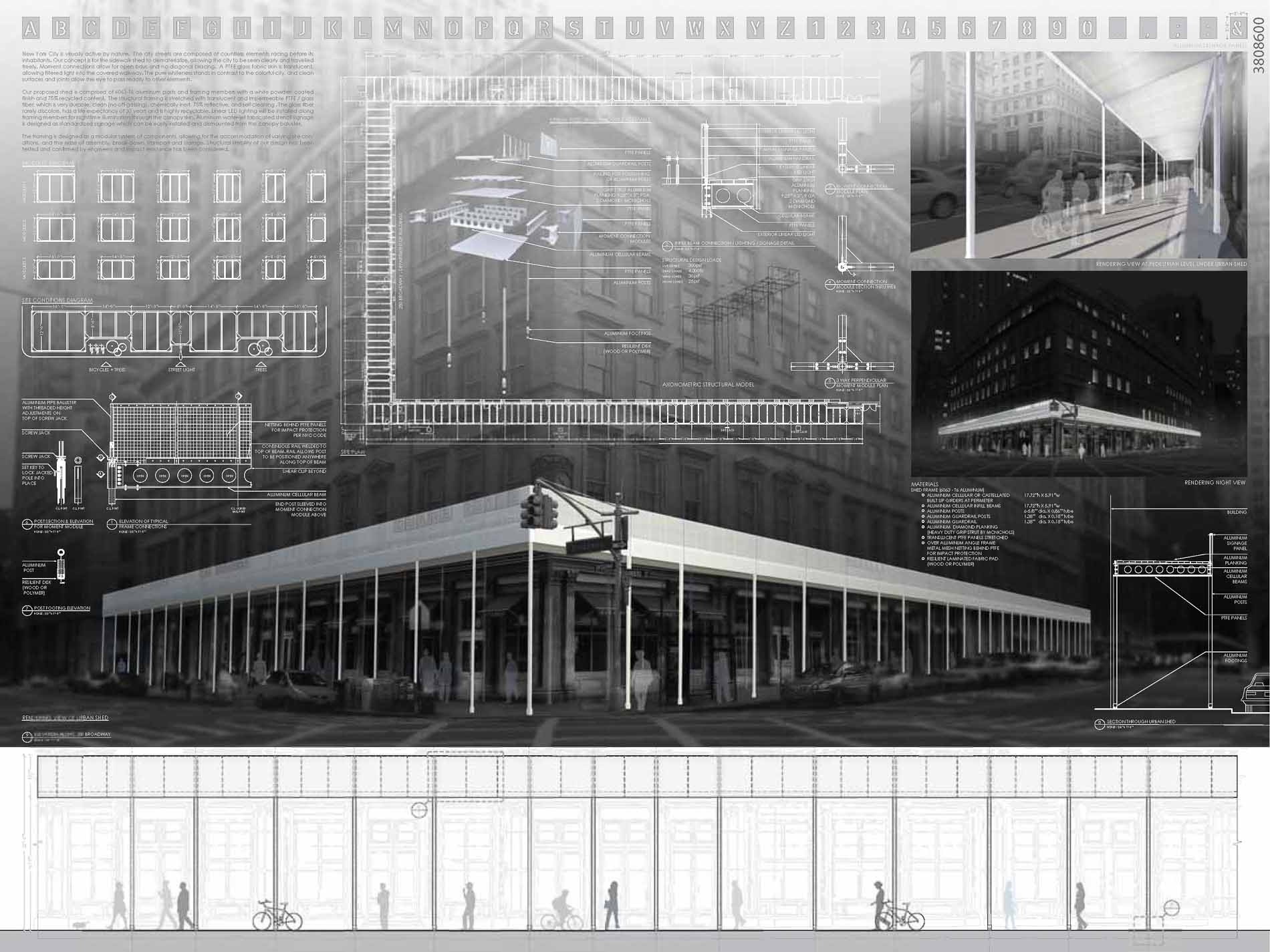 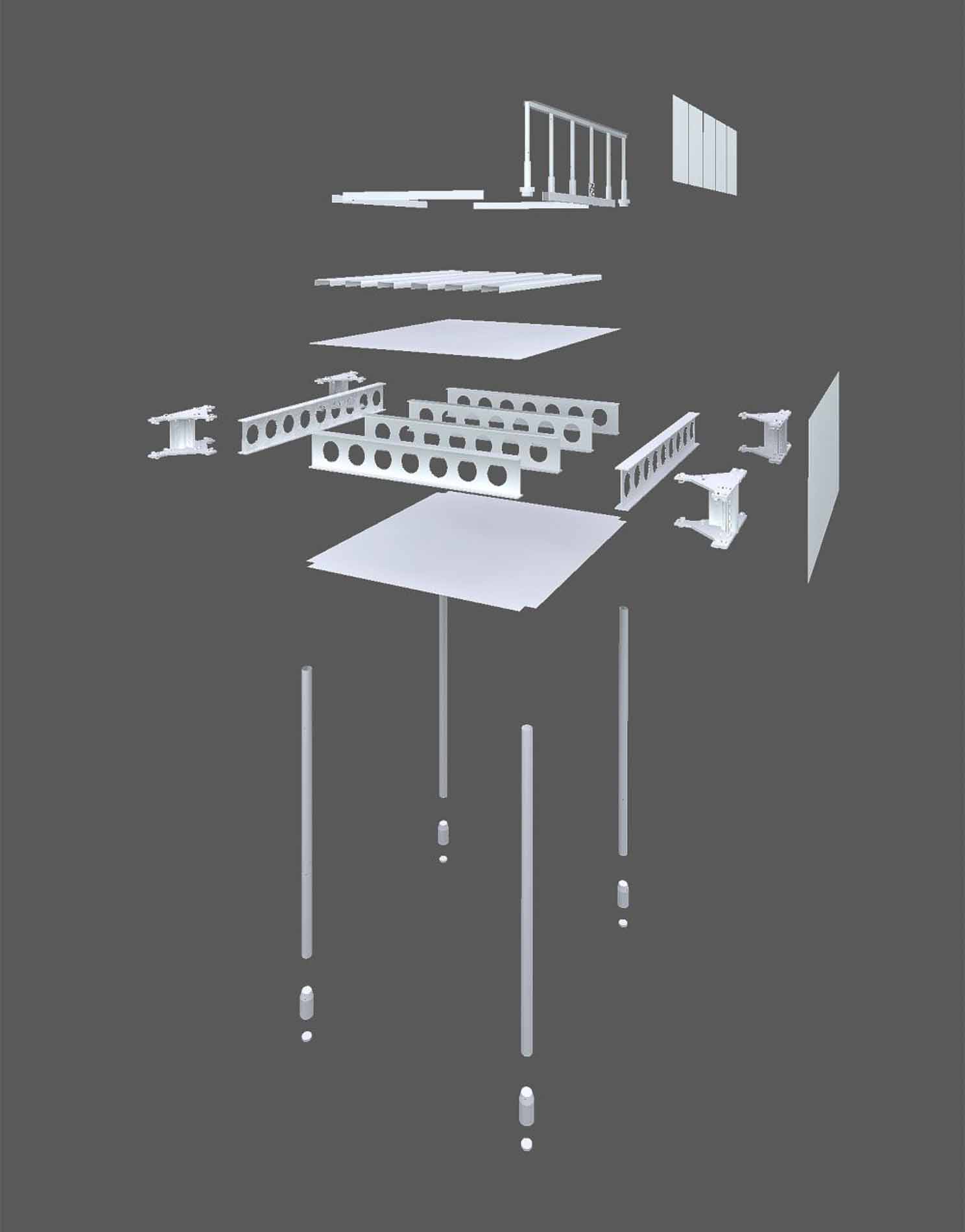 New York City is visually active by nature. The city streets are composed of countless elements racing before its inhabitants. Our concept is for the sidewalk shed to dematerialize, allowing the city to be seen clearly and travelled freely. Moment connections allow for open bays and no diagonal bracing. A PTFE glass fabric skin is translucent, allowing filtered light into the covered walkway. The pure whiteness stands in contrast to the colorful city, and clean surfaces and joints allow the eye to pass readily to other elements. Our proposed shed is comprised of 6063-T6 aluminum posts and framing members with a white powder- coated finish and 75% recycled content. The structural framing is stretched with translucent and impermeable PTFE / glass fiber, which is very durable, clean, chemically inert, 75% reflective, and self cleaning.

The glass fiber rarely discolors, has a life expectancy of 30 years and is highly recyclable. Linear LED lighting will be installed along framing members for nighttime illumination through the canopy skin. Aluminum water-jet fabricated stencil signage is designed as standardized signage which can be easily installed and dismounted from the canopy baluster. The framing is designed as a modular system of components, allowing for the accommodation of varying site conditions, and the ease of assembly, break-down, transport and storage. Structural stability of our design has been tested and confirmed by engineers and impact resistance has been considered.