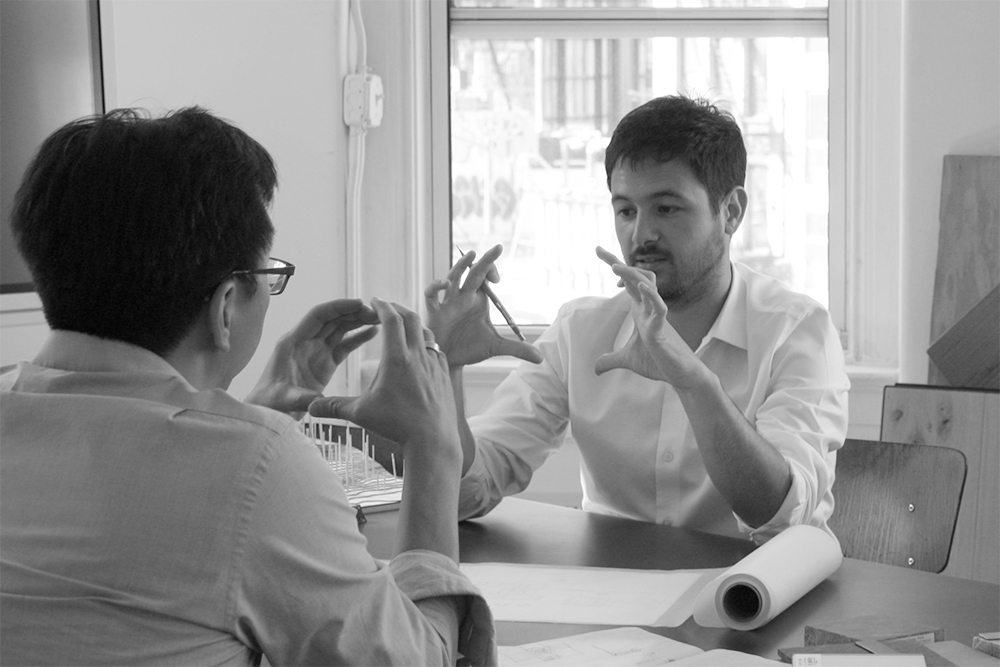 After earning his professional degree in Barcelona in 2012, Jordi Biosca and a mentor collaborated on a public building intended to be shared by two villages in rural Spain. The local mayor had envisioned locating this funeral home between communities in an exposed hilltop—yet Biosca recalls that views from the site didn’t inspire the quietness and calm that such a facility deserves. The architects championed nestling the building in a bucolic spot on a lower slope and three years ago, when Biosca was certain the project would be completed as reimagined, he came to New York to join Lang as a design associate. 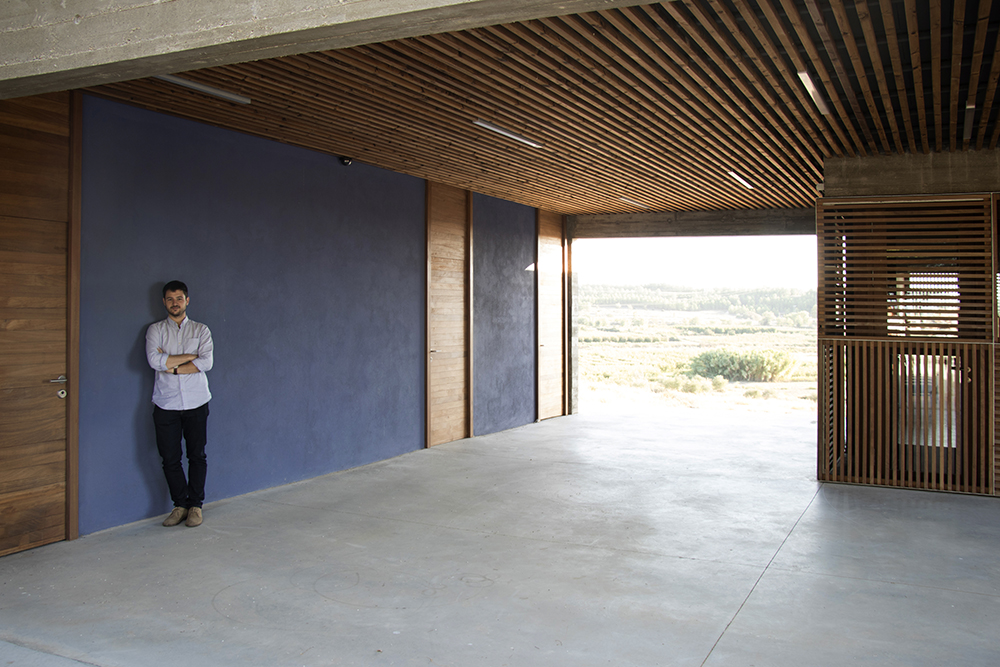 That initial success informs Biosca’s output to this day, with the native Catalan paying close attention to the relationship between building occupants and the environment. For a weekend residence currently in design at Lang, Biosca has been reworking the plan to make sure the homeowners will experience the surrounding 55 acres in just the right way. His goal is for family and guests to flow from interior to outdoors so easily that the boundary between the two almost disappears, while also revealing the best aspects of the landscape as they cross that invisible line. 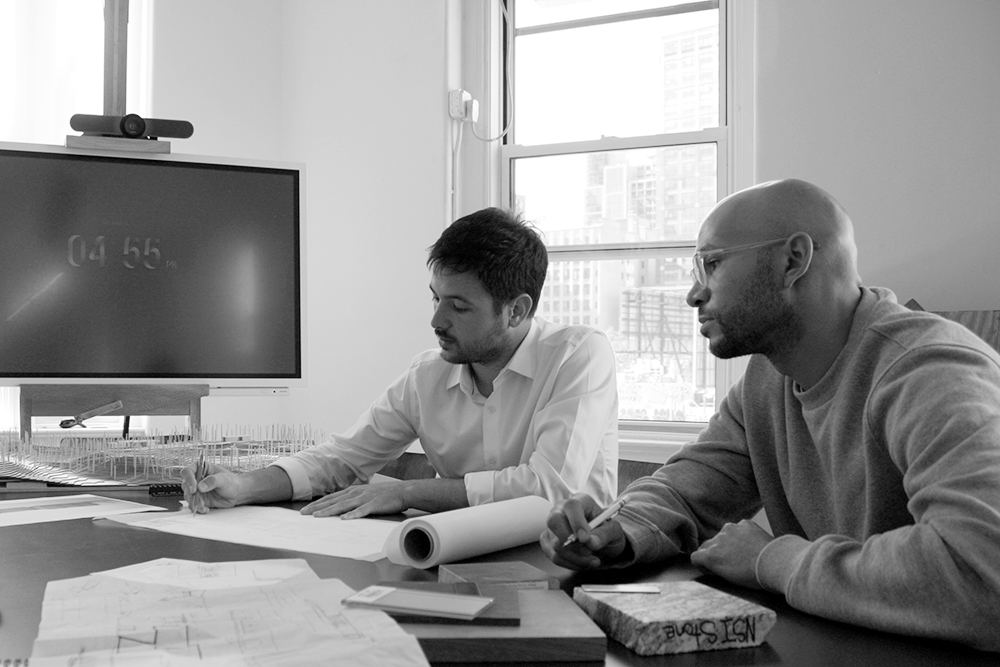 “I try to be as sensitive as I can be. I feel very responsible about making sure that our designs merge seamlessly both into a place and a client’s life,” Biosca says of his approach. He adds that his method is particularly iterative, which dates to a childhood notebook in which he tirelessly made sketches for his family’s stable.

Besides creating a dialogue between humans and nature, Biosca knows his efforts impact people’s interactions with one another. In Lang’s Splinter Creek and Lief Windham projects under development, he has delved deeply into placement and orientation of buildings so homeowners can alternately immerse themselves in the scenery or in social activity. “I care how a building’s site changes the character of a place, and about how a space can make you feel better,” Biosca says, noting that a meditative forest vista and a sense of belonging impact well-being equally positively. 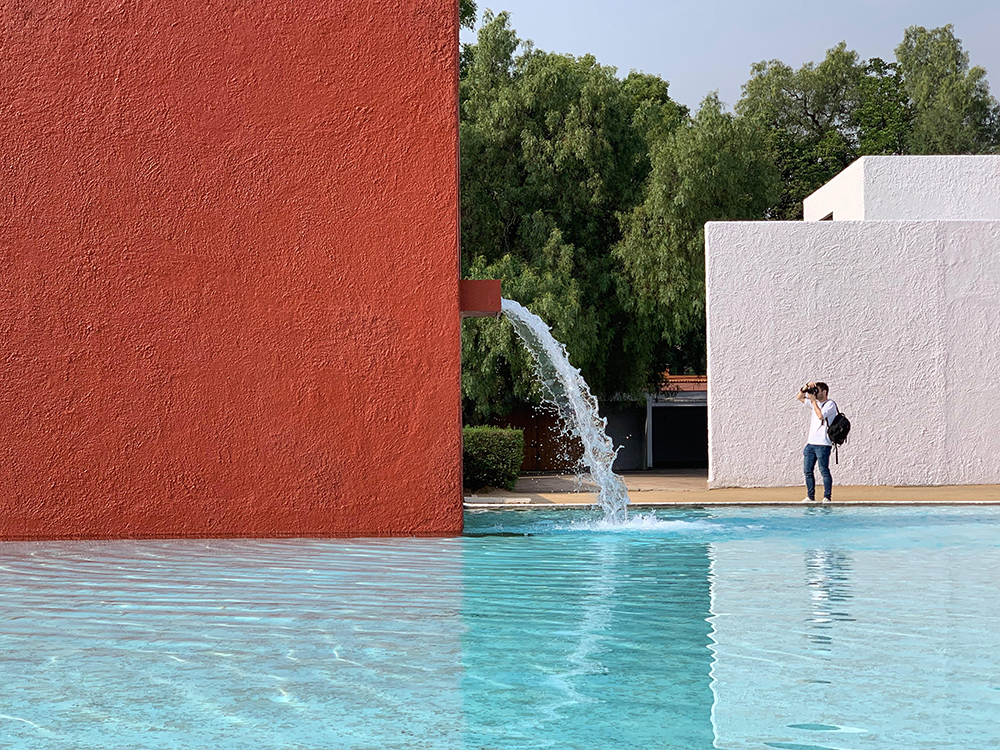